Many people use Individual Retirement Accounts (IRAs) in an effort to minimize income taxes, both current and ongoing, while saving for retirement.

But IRA owners also need to understand and avoid another type of tax that can impact your IRA.

And here’s the kicker . . . these potential excise taxes are in addition to income taxes that you’ll already be paying to access funds from your IRA.

The important thing about IRAs is that you don’t want to take your money out too early or too late.

Don’t Be Too Early

It seems the government is letting your IRA savings grow tax-deferred toward retirement, and they currently consider retirement age, at least as it relates to IRAs, as 59 ½. And in exchange for their “kindness” they want you to play by their rules.

Now, there are a couple of exceptions to the early withdrawal penalty.

The first exception to the IRA early withdrawal penalty is referred to as the 72(t) election. It was given this name because it’s based on section 72(t) of the Internal Revenue Code. This can get complicated but I’ll try to keep it simple.

Rather than “72(t)” think of it instead as a series of substantially equal payments. Here’s how it works.

If you’re not yet 59 ½ years old and you need to get funds from your IRA, normally you’ll be subject to the 10% early withdrawal penalty. But if you establish and follow a series of substantially equal payments according to the rules of section 72(t), you can access funds penalty-free. You will still have to pay income taxes on this funds.

Important: This strategy requires that you agree to take this series of payments for 5 years or until you reach age 59 ½, whichever is longer.

For example, let’s say you’re 53 years old and want to setup a 72(t) plan for your IRA. You would have to take payments for 6 ½ years until you reach age 59 ½ in order to avoid the 10% early withdrawal penalty on these payments.

But if you’re 57 years old, you would have to continue receiving these payments until you reach age 62, even though this is beyond your 59 ½ birthday.

Remember, it’s at least 5 years of payments or until you reach age 59 ½, whichever takes longer.

And if you start a 72(t) election and don’t meet the requirements at any time before the time requirement is satisfied, you’ll be liable for the 10% excise taxes on all payments received so far as well as some other potential penalties.

The other way to avoid the 10% early withdrawal penalty is if you need to take the money out to pay medical expenses or purchase a home. While an IRA is a retirement savings vehicle, the government seems to acknowledge the potential importance of a home purchase or medical expenses and has waived the early withdrawal penalty on funds used for either of these purposes. However, the funds are still subject to income taxes.

So that covers the potential penalties for taking your money out of an IRA account too early.

Don’t Be Too Late

But the government isn’t going to sit back and let you defer taxes on this money forever. So they created something called Required Minimum Distributions (RMDs) that begin at age 70 ½.

Beginning at age 70 ½ the government will make you take a certain minimum amount out of your IRA each year for the rest of your life. You can always take out more, but if you don’t take out the calculated minimum amount, there will be penalties.

But let’s say you miss one or more of your RMD payments or don’t take out enough to meet the calculated minimum payment. Then you’ll be subject to the too late excise tax, or late payment penalty. And when it comes to your IRA, you’d rather be early than late.

Clearly, you want to avoid missing or messing up your required minimum distributions from your IRA account because mistakes will be costly.

And if you have multiple IRAs and/or 401k accounts scatter here and there, your annual RMD must be calculated on the total balance of all these accounts each year. So if you choose not to consolidate all these retirement accounts into a single IRA, be sure you include all of them when figuring out your minimum distribution amount.

Hopefully, you can see why it’s important to take money out of your IRA at the right time and avoid being too early or too late.

IRA accounts are subject to a lot of rules and requirements. And this article about how to avoid IRA excise taxes only scratches the surface of all the considerations that go into making smart IRA decisions.

Note: I’m not an accountant and the information above shouldn’t not be considered tax advice. If you have specific tax questions or are seeking tax advice, please consult with an accountant or CPA.

Thanks for reading. While you’re here, be sure to sign up for my weekly email newsletter where I share tips, advice, and stories about the intersection of money and our lives. Just click here to join the community. 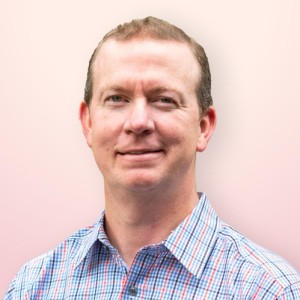 Hi there! I'm Russ, and I help women in their 50s and 60s achieve and maintain their desired lifestyle leading up to and throughout their retirement years. Imagine being able to look forward to a comfortable and confident financial future...